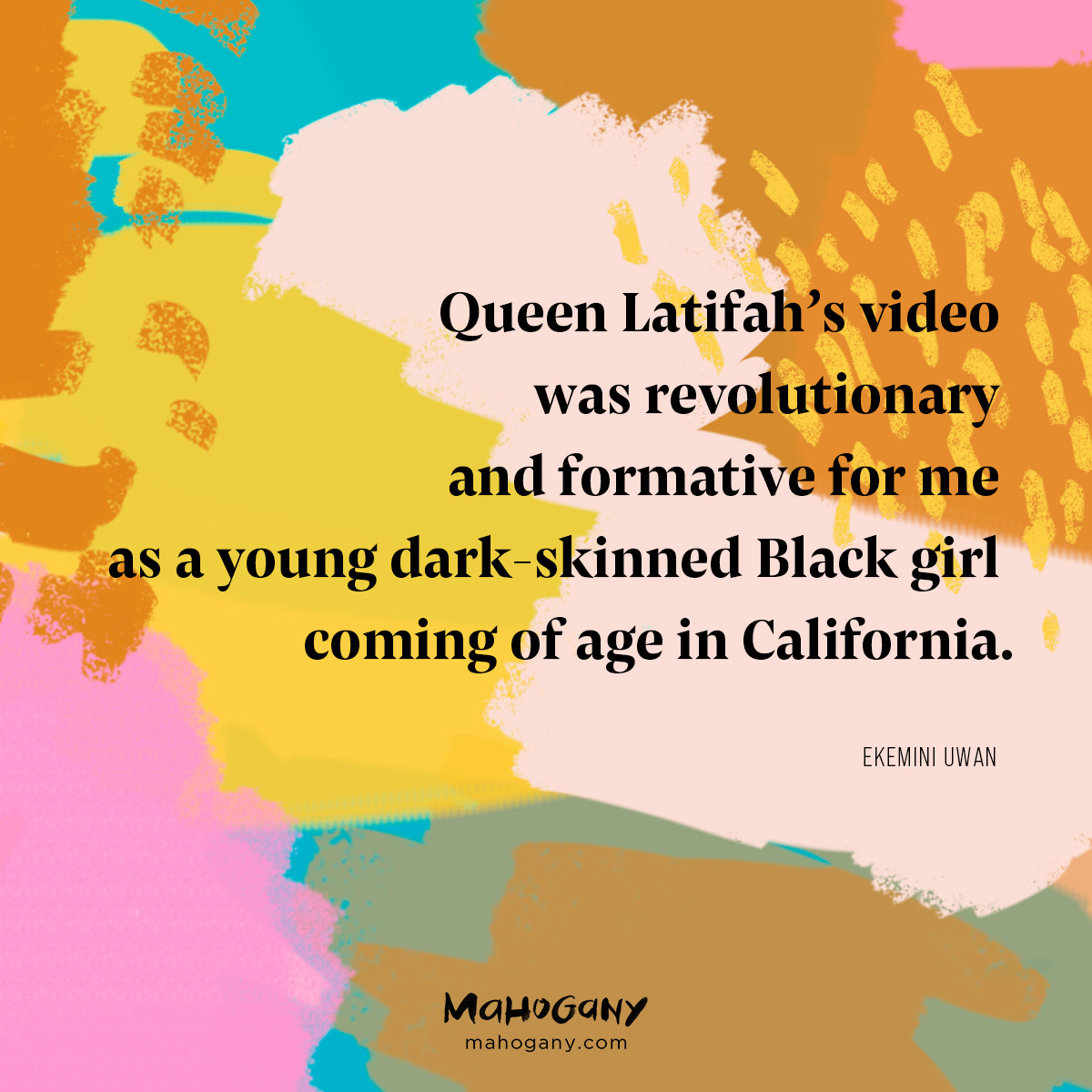 Strong—
stepping, strutting, moving on
Rhyming, cutting, and not forgetting
We are the ones that give birth
To the new generation of prophets
‘cause it’s Ladies First.

I remember being a little girl on the block with my homegirls doing the Running Man and the Reebok to this song along with many other 90s jams. Yes, I’m dating myself, but I don’t care. Those were the good ol’ days when we waited for our favorite song to come on the radio so we could record it on a cassette tape, and music videos mattered so much that we recorded them on a VHS tape to rewatch.

What I remember from the “Ladies First” video is the opening scene with images of Harriet Tubman, Sojourner Truth, and Winnie Mandela—to name a few of the revolutionary African-American and African women featured. Also included in the video, are arresting images of the struggle against Apartheid in South Africa.

Queen Latifah’s video was revolutionary and formative for me as a young dark-skinned Black girl coming of age in California. Not only did the song and video eschew stereotypes of Black women by empowering us to advocate for ourselves and to stand tall in a world that would rather make us small, her video is a love letter to all Black people around the globe. It connected our freedom struggle with that of our kin in South Africa. It’s the Pan-African ethic for me!

During that time, the collective Black consciousness in the U.S. was held together by our mutual connection and common freedom struggles across the globe. Nowadays, we losin’ recipes! That’s why I intend to hold onto them for dear life by remembering those who have gone before us and shown us the way.

If “Ladies First” was a person, it would be my personal shero, Nannie Helen Burroughs. As an educator, civil rights pioneer, and public intellectual, Nannie dedicated her life to carving out space for Black women and girls in places they were excluded. She was also a co-founder of the Women’s Auxiliary in the National Baptist Convention and a prominent member of several Black women’s organizations dedicated to women’s rights and racial uplift.

In her famous speech, “How the Sisters are Hindered From Helping” addressed to the National Baptist Convention in 1900, Burroughs wrote:

For a number of years there has been a righteous discontent, a burning zeal to go forward in his name among the Baptist women of our churches and it will be the dynamic force in the religious campaign at the opening of the 20th century. . . We realize, too, that the work is too great and laborers too few for us to stand by while like Trojans the brethren at the head of the work under the convention toil unceasingly.

Nannie was advocating for a Women’s Missionary Society within her Baptist denomination, so that the gifts and the callings of the women in the church would no longer be hindered by the male-dominated leadership. And she did not mince words. Nannie was about that equity and justice life because she was devoted to the Gospel of Jesus Christ.

That’s only one of her many exploits. Perhaps one of her crowning achievements was founding the National Training School for Women and Girls where she was the principal for twenty years. The school accepted students from Africa, Central America, and the West Indies. Nannie was about the care and uplift of Black women around the globe. We love to see it.

When we learn about people like Nannie Helen Burroughs who did so many great things, we can easily compare ourselves and start to think that we could never make an impact like they did. But never forget that Nannie, Harriet, Sojourner, Winnie, and Queen Latifah were and are Black women—like you and me—who stood up, spoke up, and rhymed about the inequities and injustices they witnessed. Owing to their “righteous discontent,” they did the next right thing, which sent ripples into the universe that nudge us into thinking about what we can do to right wrongs in our generation.

So, what’s the next right thing you can do, and what historical receipts are you holding onto in order to get it done? 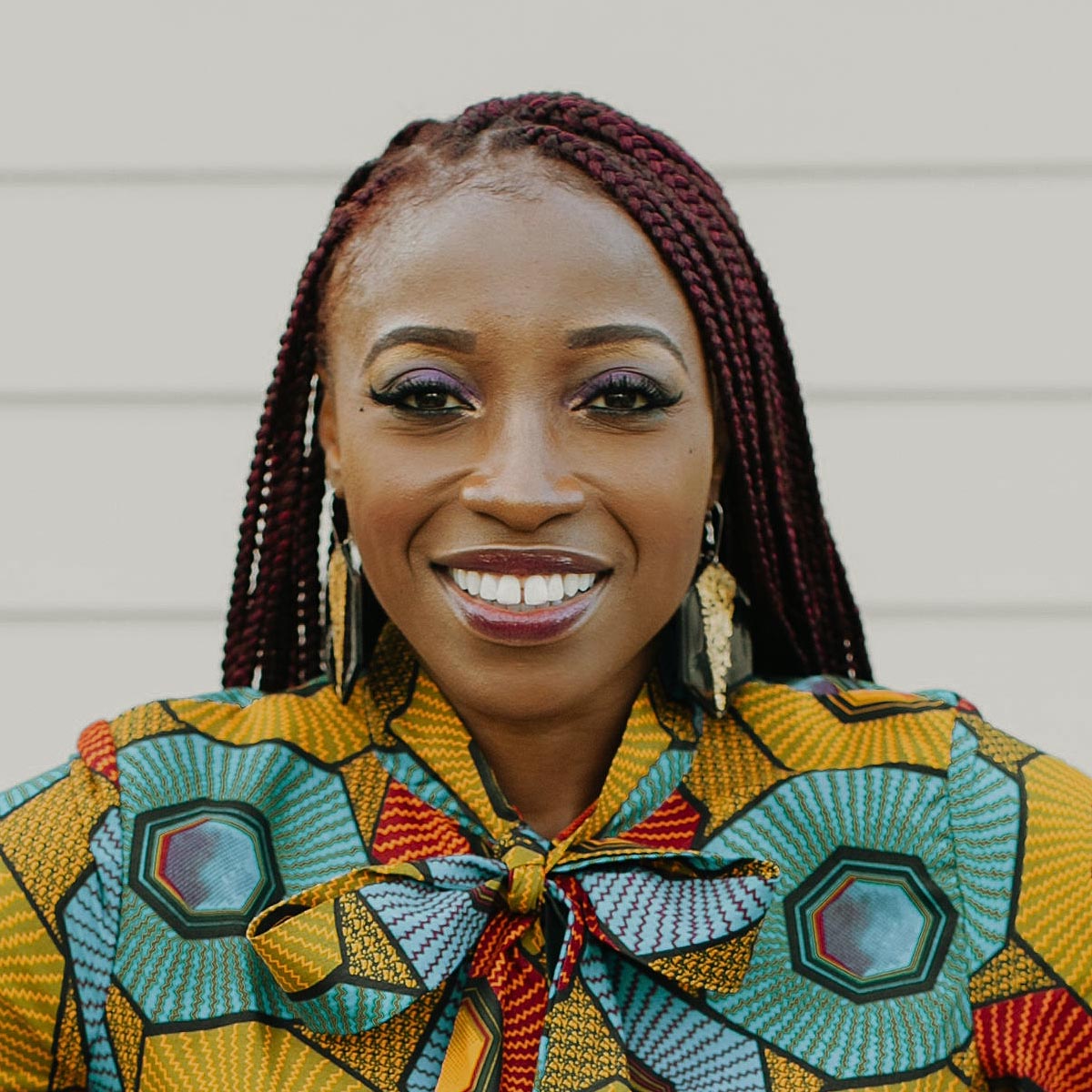