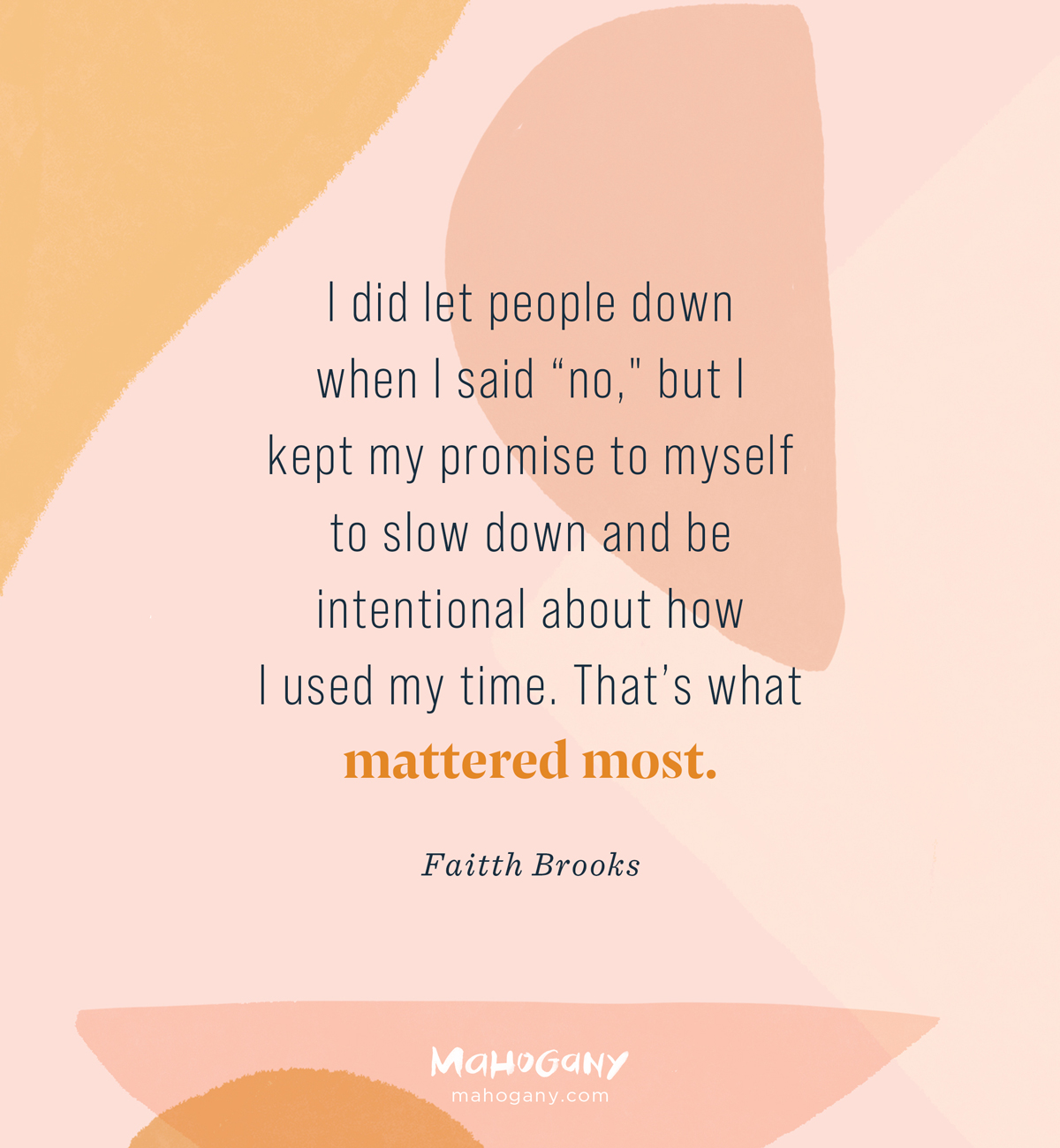 I was staying at a beautiful villa in Jamaica with some friends. It had five bedrooms, a beautiful pool, butler, chef, and housekeepers — a dreamy setup. But even with the mood set for a time of blissful rest, I was still answering texts and emails. I promised myself I would turn work off, yet there I was responding to messages as I floated in the pool on a flamingo.

I’d tried going on vacation to Jamaica to get a break. I’d entered a season of life where my pace was unsustainable, but I did not truly know how to break away. I was working a lot and traveling non-stop. Saying ‘no’ was the last thing on my mind. In a matter of months, I’d said yes to a new job, speaking events, and starting a new podcast. There was no such thing as work/life balance for me.

Remember the viral video of Maxine Waters saying “reclaiming my time”? That became an anthem of sorts for many of us. It was something funny to say and a meme to share. I know Auntie Maxine was saying a common phrase senators use, but I wondered what would it look like to reclaim my time? What would it look like to say no? My life was overflowing with people-pleasing and going above and beyond for everyone else but myself. I needed to rest.

I thought rest mostly meant how much sleep you got. I assumed that I would feel more at peace if I slept more. So, I slept for 8 hours each night but still woke up sleepy. I was exhausted all the time. No amount of sleep, massages, mani-pedi’s, or binge-watching my favorite show brought me rest. During my haze of exhaustion, I realized you can get all the sleep in the world and still feel exhausted. I was depleted. Nothing fixed what I was feeling. I was burnt out and overwhelmed. The pandemic fatigue had hit me, and I could no longer run from it.

I hit a breaking point. I was so stressed about work and my personal life that I actually broke out in hives. I was covered in them. Small, red, itchy bumps spread across my whole upper body. I thought I was allergic to something I ate, but the bumps remained after a few days. I diagnosed myself via WebMD and realized the hives were stress induced. It took a week and a half for them to go away. I was on the edge of losing it. I knew I needed to make a change in my life.

I messaged my therapist to schedule a session, hoping she could help guide me out of this funk. I remember her saying to me, “Faitth, I am going to give you the permission to say no. You don’t have to feel guilty for saying no and choosing yourself.” I left that session relieved. I also wondered how I was supposed to live out this newfound freedom to choose myself. Would people feel disappointed if I told them no? Would I be seen as unreliable? What would it feel like to decide for me and not with anyone else in mind?

I decided to make small changes each week. It began with saying no to random lunches, dinners, or zoom happy hours that did not excite me. I started drinking more water and listening to my body, which meant going to bed earlier instead of staying up late and reducing my screen time. I journaled and created more space for prayer and meditation. I lightened my workload and turned down taking on new projects.

I learned how to find rest internally, even when everything around me was chaos. This meant sitting in the moments when I felt tired, vulnerable, or stressed, and working through my feelings instead of busying myself to ignore the warning signs. I made room to do things that relaxed me and allowed me to be creative, like coloring in my adult coloring books, going on walks, writing poetry, cooking, and dancing alone in my living room. I became selfish in the moments that warranted it.

I did let people down when I said “no”, but I kept my promise to myself to slow down and be intentional about how I used my time. That’s what mattered most.

Sis, let’s be honest, the holidays are busy, but the only person who has the control to slow you down is you. We have to choose ourselves. There will always be a need or a gap for us to fill, but we cannot do it all. To grow and expand into the woman you want to be, you have to choose yourself and let go of things when they no longer serve you.

How will you choose yourself this holiday season and reclaim your time? 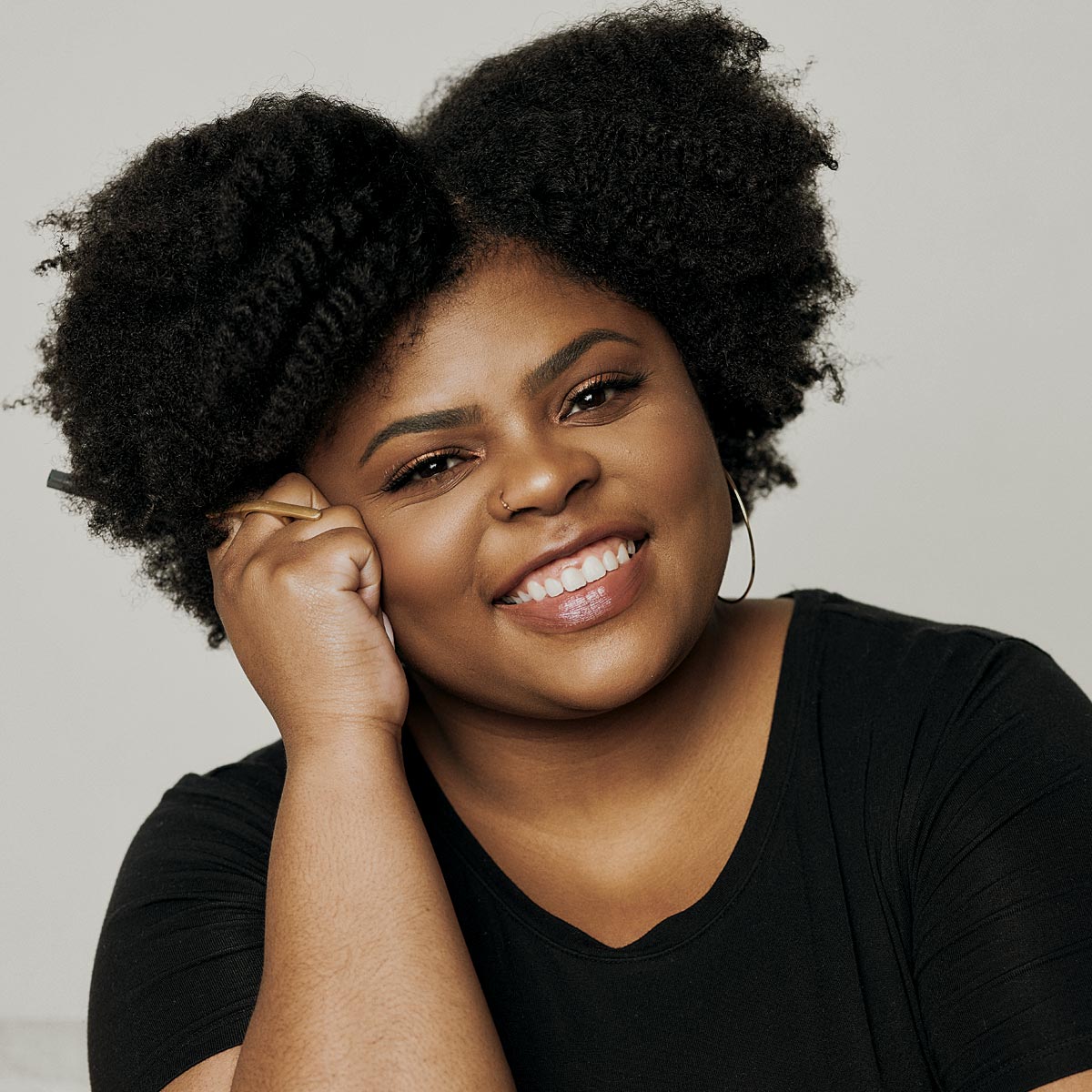 Faitth Brooks is a social worker, speaker, writer, and podcaster. Formed in the Christian tradition and Black liberation theology, Faitth uses her platform to enliven her following for collective liberation centering on the sisterhood of black women. Faitth is crafting communal space where rest, tenderness, and softness are commonplace for...