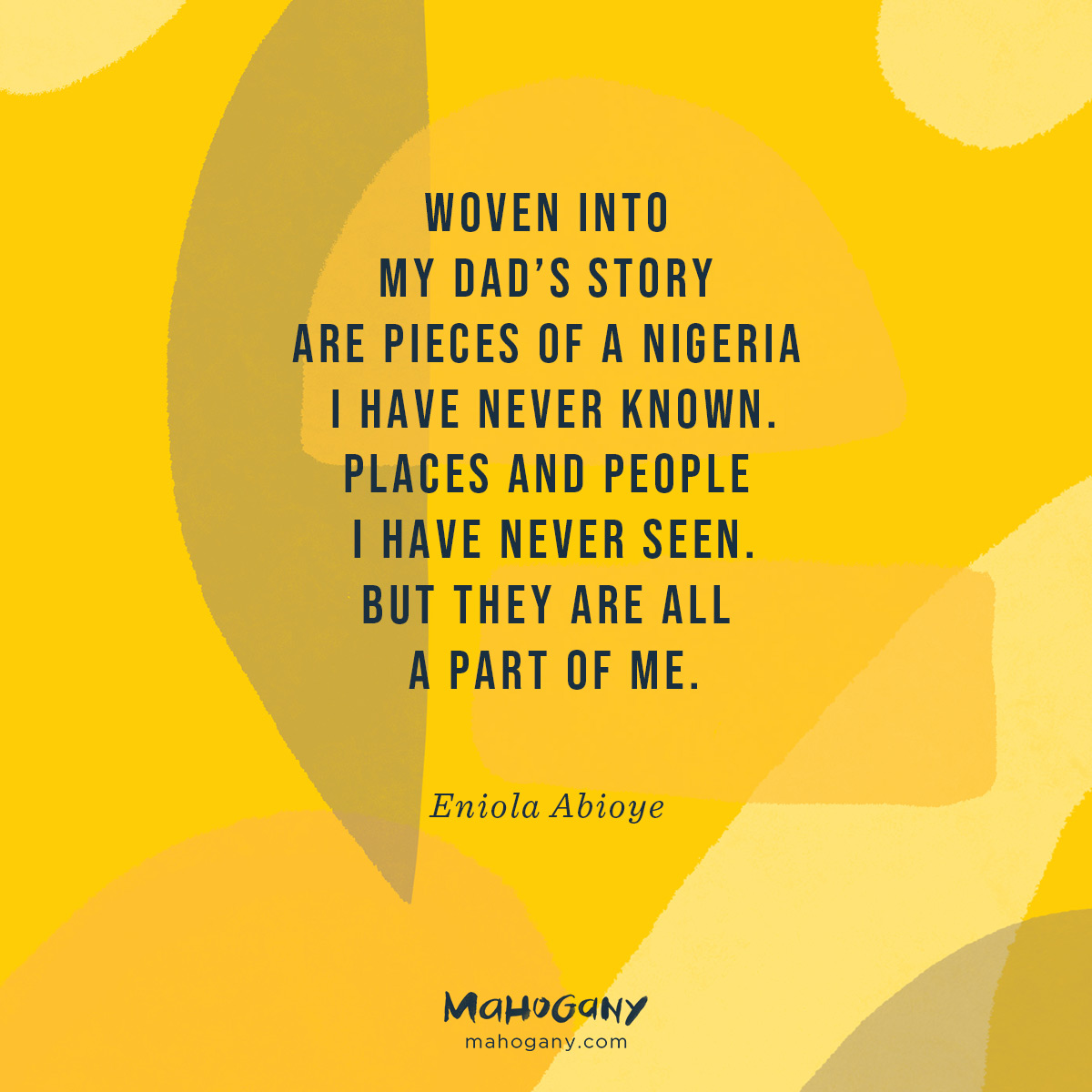 I love asking my dad about his life back in Nigeria. He is the best storyteller I know. He unfolds pieces of our history to me, and I’m reminded that I am connected to the land, even though I have never been. Being physically distant from Africa has been an odd tension for me. While I love my people, our food, our sound, my tribe, and our melodious Yoruba, I have never felt drawn to get on a plane and go.

For one, my most immersive experiences were as a child at the gatherings. A large part of Nigerian culture is our gatherings. This is where all the elements blend: food, music, jest, politics, dress, and story. I didn’t realize it, but moving through these spaces as a child, I learned the art of story—the value of beginnings, middles, and ends.

Sometimes, I would steal away to the nearest bookcase since almost every home had a section with books, films, and records. I spent hours tearing through a novel or comic. There was something about a story that enraptured me, but no comic or novel could compare to my father’s stories. Once he told a story of how he and his cousin used his aunt’s new white Volkswagen van to make a little cash…

One day my father’s aunt left him and his cousin in charge of her van while she ran errands. They were supposed to take care of it. The two of them figured they could transport a couple of people from their village to another village, make some extra cash, and be back before Aunty was at all the wiser. My dad and his cousin picked their passengers—who practically threw their money at them—and filled the van. They were having a good time. The men dropped off their customers and headed home.

As they drove, my father stared out the passenger-side window. He soon got sleepy, put his feet up on the dashboard, and knocked out. (If you know my dad, this is still his vibe.) Suddenly, he was startled awake by wet feet and his cousin repeating “Ah! Ẹ má bínú o! Ẹ má bínú!” (Apologizing in Yoruba.) Confused, my dad took in the surroundings. Rain fell from a darkened sky; his feet were soaked since there was no longer a windshield; a smaller car was stopped in front of them, taillights clicking away, and his cousin continued mumbling prayers and apologies.

Realizing what had happened, my dad jumped into action as cars zoomed past them on the highway. With no streetlights, the men knew it was vital to get out of the street as quickly as possible, so as to not get hit—or worse. My dad, his cousin, and the other driver began trying to push the car onto the shoulder. As they’re moving the car, my dad gets a quick, deep sense that he should move from where he stood. No sooner than he could step about 2 inches from the road, a car whizzes dangerously through the very spot where he was seconds before.

The other driver is creeped out and instead of helping my dad and his cousin move his car off the road, he just stands there. My dad and his cousin are now also on edge. So, after getting the driver’s car onto the side of the road, they jet out of there. Thankfully the van, though missing a windshield, still runs fine. The two return home to anxious family members and an aunt who demands to know what happened to her car.

Woven into my dad’s story are pieces of a Nigeria I have never known, places and people I have never seen but that are all a part of me. I’ve been reading an anthology called Of This Our Country; it’s a collection of essays by Nigerian authors who share their experiences of living and interacting with the land. One writer, Caleb Femi, in his essay “Home History,” muses, “It is one thing to know the history of your home country. It’s another thing to know your home’s history of your home country.”

This is the power of story, the ability to transport you to places you belong to and that belong to you, but that are nothing like the world you live in. Stories can remind you that you are anchored to both a place’s pain and its inheritance. And isn’t that the reality? As we propel towards a world where kindness and equality look like something more than old historic images of marches and boycotts, we still take in the complexity of our histories, find our roots, and tell our stories.

What stories remind you of your roots?

I love asking my dad about his life back in Nigeria… I’m reminded that I am connected to the land, even though I have never been. - Eniola Abioye 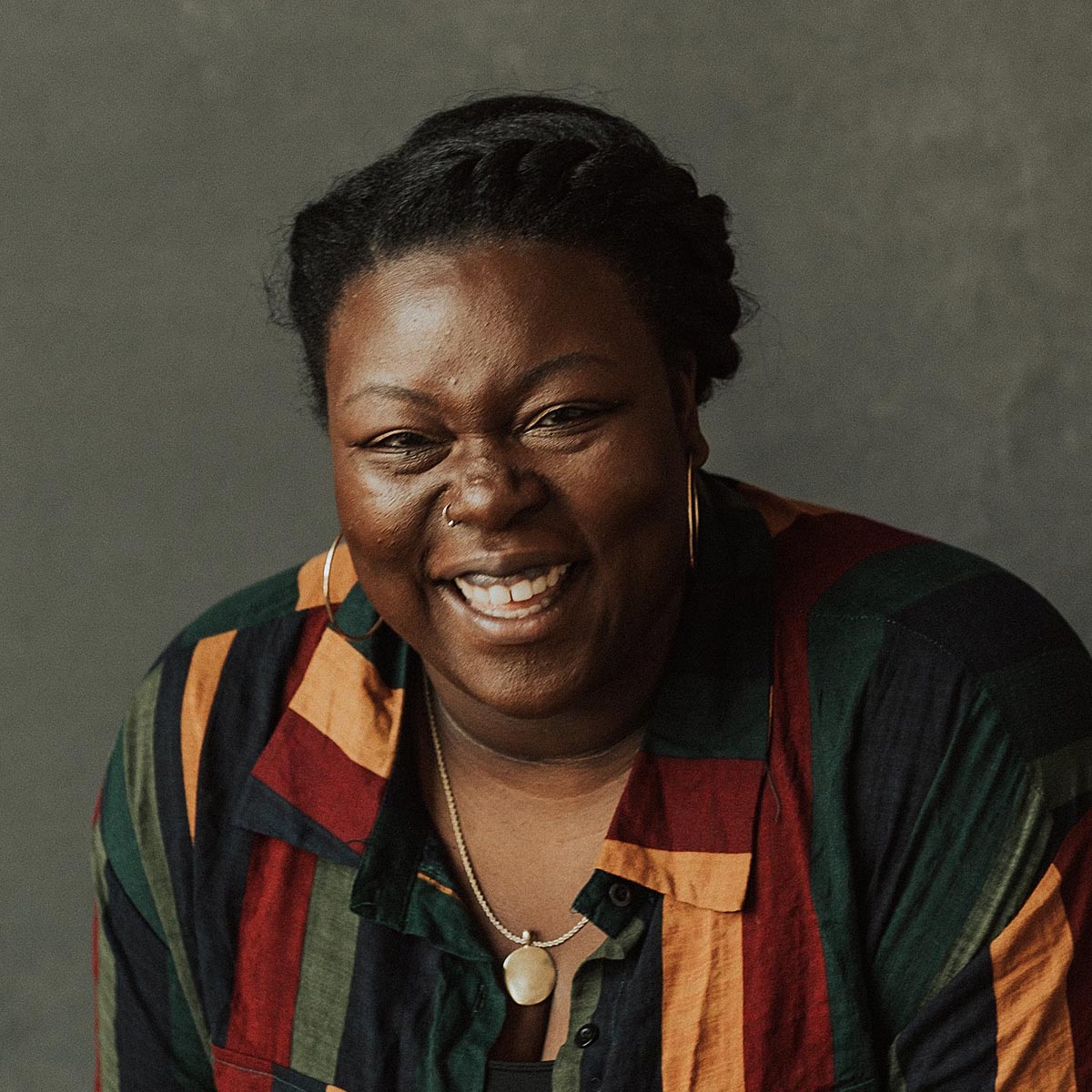 For Eniola Abioye, words are everything. Through songwriting, children’s books, creative multi-media collaborations, and poetry, she crafts authentic, word-based content from her heart. In addition to writing, Eniola is a touring worship leader. She is passionate about changing the narrative for young people of color and empowering them to share...

We'd love to hear your thoughts. Be the first to leave a comment.