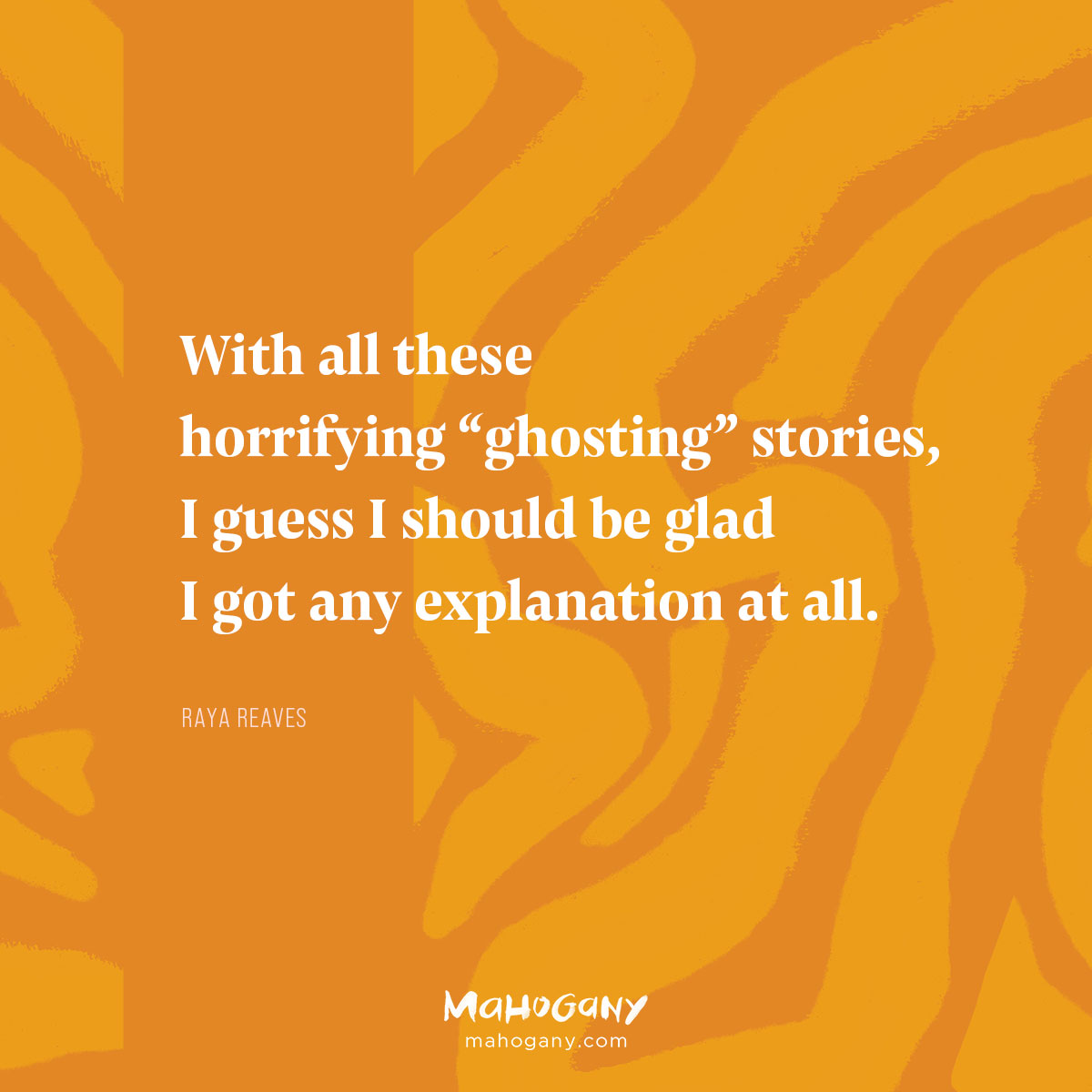 Let me start by saying that I am in a very committed relationship. I’ve been with my partner for 11 years now and he truly makes me happy. But there’s that one old ghost—old flame, whatever you want to call it—that lingers. I’m not mentioning his name because he may not know he lingers, but a part of me feels like I may just linger with him too.

Before my current relationship, I was very much a single girl. You already know my story about working on the relationship with myself . Well, while I was doing that I had a lot of dating experiences that aren’t worth mentioning. (Except that one time when my date told me he only had an ATM card and not a debit card, so he couldn’t pay for dinner. So, I told him there was an ATM across the street—at least he got up, walked over to it, and got some cash. That’s worth mentioning, right?) Out of what felt like hundreds of frogs, there was one suitor in particular who made my stomach hop.

We had mutual friends, but our paths never seemed to cross until one day on Facebook. He lived in a different state, but it just so happened that I was going to that state for work in the next few days. So, we exchanged numbers and decided to go to the movies together. That was the start of something interesting. Even though I went back home, he and I kept in touch—every single day for the next two months. We would video chat, talk about our days… He came to my city a few times (he was originally from there). We went on a few more dates, and it felt like we were working towards something.

Then, out of nowhere, things flipped. I don’t know if there were other people in the mix, or if it was the realization that neither of us planned on moving to be closer to the other. But I do know that after talking daily for two months straight, it just stopped. We didn’t talk again for about a month. I ended up taking a birthday trip to his city, and he and his friends met up with me and my friends. We had such a fun night, and he confessed that pride had kept him from reaching out to me. I didn’t ask him to elaborate; I just enjoyed our time together. We even ended the night with a kiss.

My friends saw how into each other we looked. I tried to see him again the next night, but it didn’t work out. Two days later on the drive back home, I received a text message from him saying that he wasn’t looking for a relationship. We never spoke after that. Sure, I wanted to reach out. I wanted to ask what was the point of our exciting evening a few days prior. But I realized that it didn’t matter. He’d said his peace, and I had to accept it. With all these horrifying “ghosting” stories, I guess I should be glad I got any explanation at all.

I’m not upset over it because I believe it all worked out how it was supposed to for me. I have no regrets about any of it. All these years later, I’m very happy in my current relationship…but sometimes I can’t help but wonder what if. What if I had asked him what happened? What if things hadn’t ended the way they did? Some things don’t always need an explanation (and some explanations we’re never going to get). I became okay with that a long time ago, and I’m a better person for it. None of that changes the fact that, though, that some old ghosts never go away completely.

Are you still haunted by that one old ghost, or have you made peace?

Some things don’t always need an explanation (and some explanations we’re never going to get). I became okay with that a long time ago, and I’m a better person for it. - @citygirlsavings 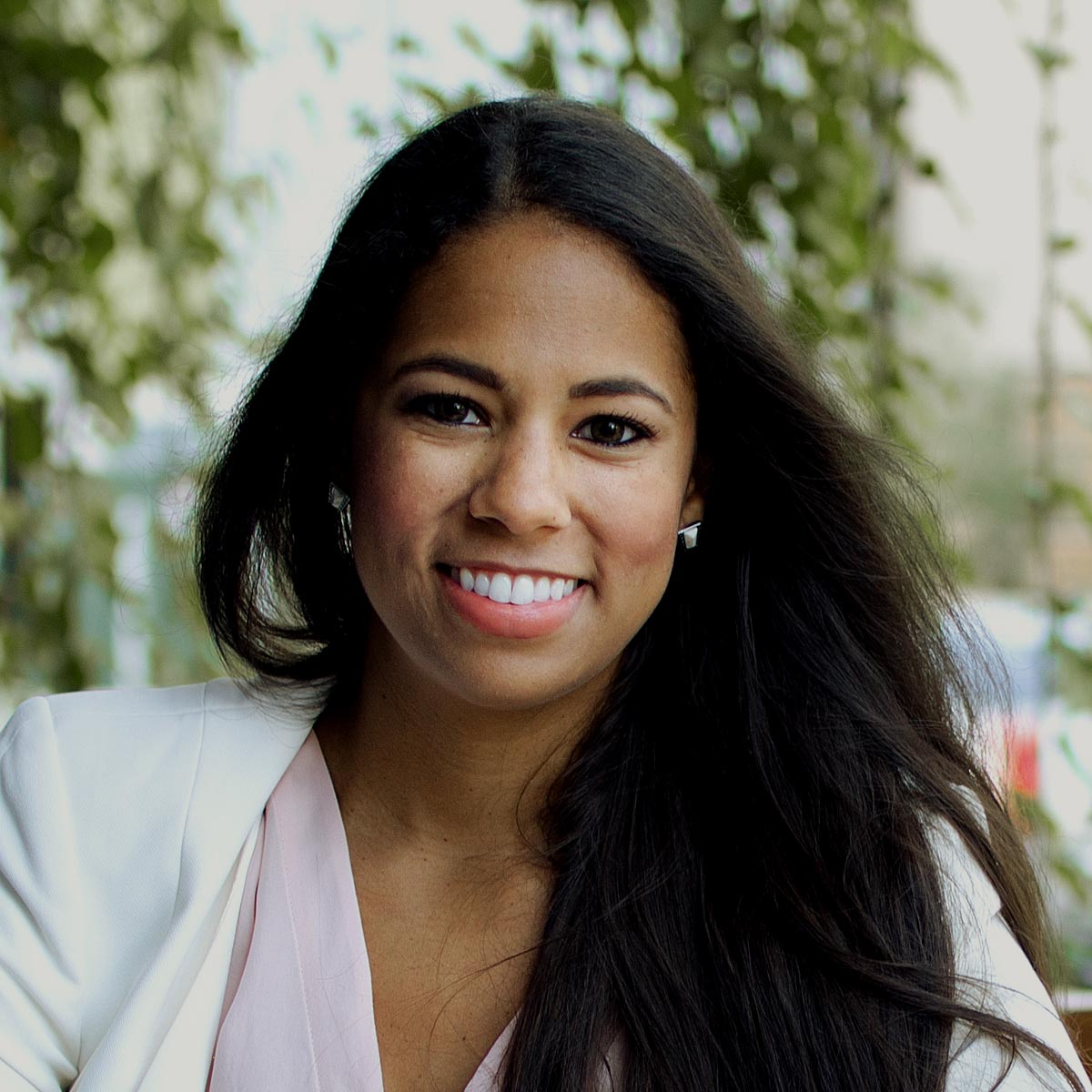 Raya Reaves is the Founder and Finance Coach of City Girl Savings, LLC. She teaches women how to create and stick to realistic budget plans to reach their financial goals. Raya resides in Austin, Texas, with her boyfriend and two Yorkie dogs.