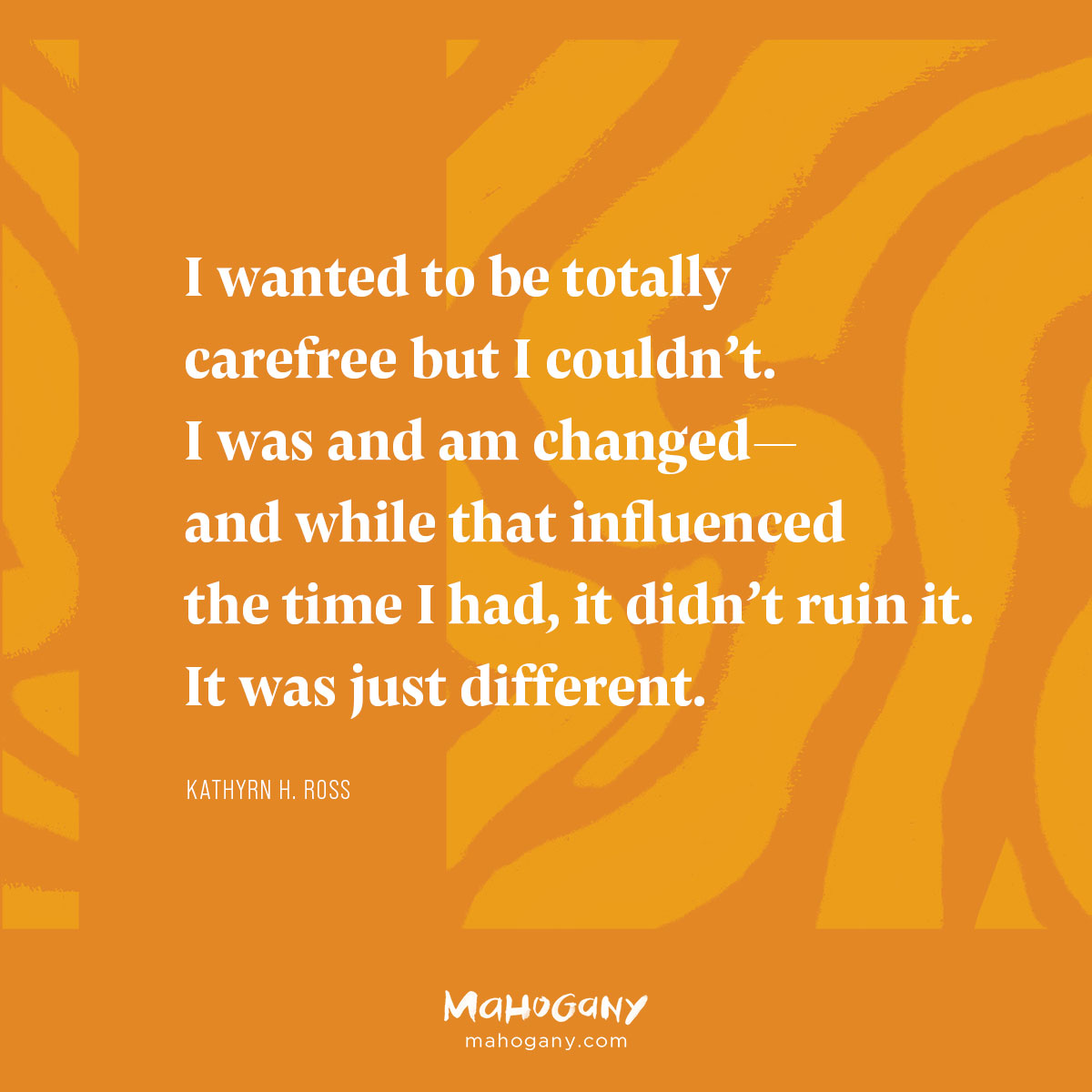 Last May after the vaccine rollout, I was able to meet up—in person—with a friend I hadn’t seen since the end of 2019. After a year of phone calls and Zoom meetings, there we were in the flesh, able to actually share a hug for the first time in ages. We were masked and kept a good distance from one another, but we were together and it was a good day.

Things felt hopeful until the summer surge in June. Thankfully, though, the high numbers improved as the summer fizzled out, and by the time fall rolled around life was feeling back to some sort of compromised normal. So long as I kept my mask on, kept my distance, and stuck to spaces that required proof of vaccination, I felt pretty good about going out. And I’m thankful to say those precautions have continued to protect me and my family.

I was able to safely see a few more friends in person, hold a small Covid-safe book release party, and, after receiving my booster, I even felt safe enough to check out the California Adventure Avengers Campus for my birthday and attend a couple of concerts—the best of which was Harry Styles. Since seeing Harry (undoubtedly my biggest outing since everything changed), I’ve been conflating the concert with pandemic time and progress.

I was supposed to attend the show back in 2020, but it was rescheduled again and again. Being there, finally, on a cold November night in the heart of Los Angeles when the numbers were low, surrounded by hundreds of people singing and screaming through their masks, felt surreal. It was the most fun I’ve had in a very long time, but it was so different, too. I had new worries on my shoulders that night—I was unsure if I should even be at a concert despite taking all the precautions I possibly could. I was uncomfortable but dedicated to wearing my mask. I was worried about getting sick anyway. I was still reeling from a year of social starvation.

I wanted to be totally carefree, but I couldn’t. I was—and am—changed, and while that did influence the experience, it didn’t ruin it. It was just different.

As I write this, I have Harry’s latest release, “As It Was,” playing on repeat, and I feel like I finally have the words to describe living in the world before the pandemic, during, and whatever this is right now: You know it’s not the same as it was.

In the two years since the start of the pandemic, it feels like everything and nothing has changed and that reality is disorienting. I feel like I’ve lost time but can still account for all of it. When the virus first hit, I was freshly twenty-six, grieving a lost relationship, in between jobs, and feeling about as bereft as I’ve ever felt before in my life. Looking back, that time feels like both yesterday and today, the past but still the present. 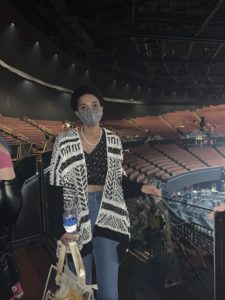 I’m two years older now. My job is different; the people in my life are different. Things just aren’t the same, but somehow having these words to sum it all up makes it a little easier to cope. It’s not the same as it was.

I haven’t been a fan of Harry for very long. There were two weeks in 2013 when my sister and I went wild for One Direction, but the frenzy quickly and inexplicably dissipated like mist. It wasn’t until the release of his second album at the end of 2019 that he got my attention, and when my mom wondered aloud if we should get tickets to see him sometime, I simply said, “Why not?” Needless to say, I didn’t know how impactful becoming a fan of his would be.

As a celebrity who exudes so much light, charm, and positivity, it’s easy to see why he’s so beloved. But there seems to be a genuineness to him and a truth in his music that affects me. His concert last fall felt like an island of safety, inclusion, and happiness after nearly two years of being adrift. It was rest. It was a new normal. It was both/and. Taking that night as a benchmark, going forward somehow feels a little clearer because it reminds me that things just aren’t the same, and they won’t be, and that has to be okay.

After my first listen to “As It Was,” I texted my dear friend, a veteran Harry fan who welcomes me so graciously into the fold to gush about the music and the video.

“I don’t know what I was expecting, but I am affected by this song and the imagery,” I wrote to her. “I feel so soft and sentimental.”

“The Harry Styles effect <3,” she wrote back.

Maybe you’re looking for a Harry Styles effect of your own, some benchmark that holds all the progress we’ve made and all the time we’ve lost, and all the ways we’ve changed. The words that help it all make sense. Maybe you’ve already found it. But if you haven’t, I hope it’s coming soon.

As I write this, I have Harry’s latest release, “As It Was,” playing on repeat, and I feel like I finally have the words to describe living in the world before the pandemic, during, and whatever this is right now: "You know it’s not the same as it was." - @speakthewritelanguage